Title of Show – Tickets and Show Info Below

Music and Lyrics by Jeff Bowen / Book by Hunter Bell

THIS SHOW IS RATED ‘R’ FOR STRONG LANGUAGE AND SUGGESTIVE CONTENT.

Jeff and Hunter, two struggling writers, hear about a new musical theatre festival. However, the deadline for submissions is a mere three weeks away. With nothing to lose, the pair decides to try to create something new with the help of their friends Susan, Heidi and Larry on the eighty-eights. With the cast in place, Jeff and Hunter begin a conversation about what to write about. Eventually, Jeff suggests they write about what to write about. They make a pact to write up until the festival’s deadline and dream about the show changing their lives. [title of show] — taken from the space on the festival’s application form which asks for the “[title of show]” — is, above all, a love letter to the musical theatre — a uniquely American art form — and to the joy of collaboration.

“It’s about theater but it’s also about real people, their friendship and the joy of collaboration,” Mark Lefeber said.

“I’m super excited for adults to come to it who want to see something out of the ordinary. I want to hear ‘Wow, that was different,’” Scullin said.

Where: In Encore Hall at the BDACT Fine Arts Center located at 117 West Maple Ave.

General admission tickets are $18 and can be purchased at: 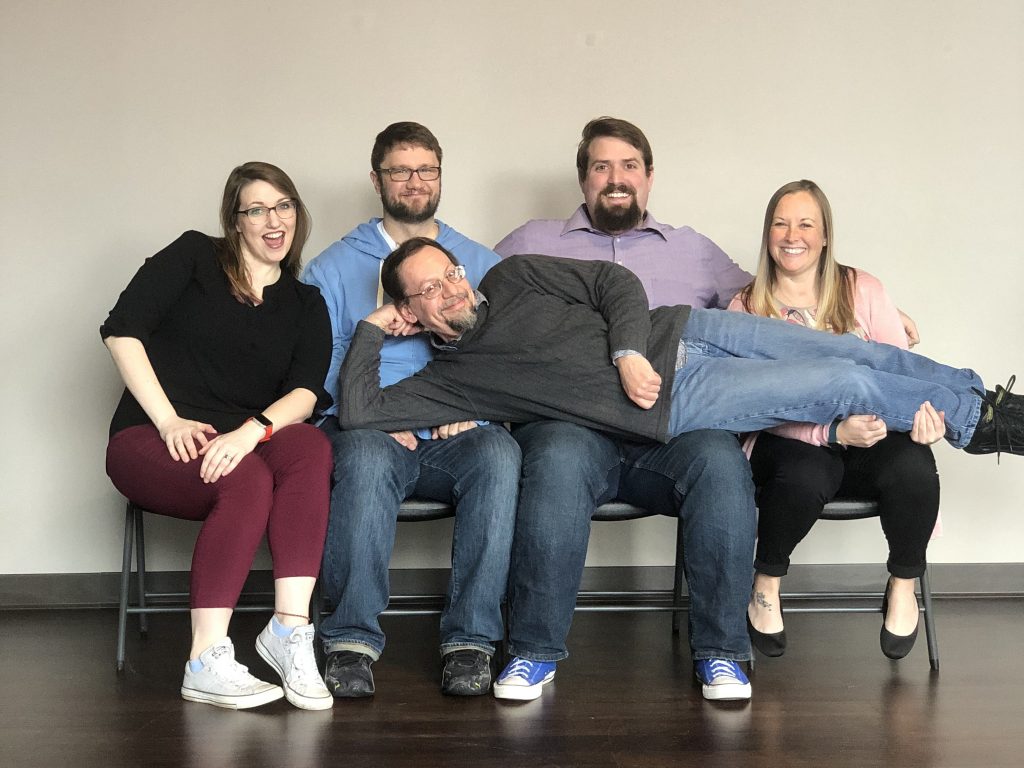 [title of show] is presented through special arrangement with R&H Theatricals. www.rnh.com